How To Make A Stock footage Commercial

What is Stock footage?

Stock footage, also known as stock video, or library footage, is pre-filmed video footage, commonly no longer than a minute long. This footage can be searched for and purchased via stock websites.

What Is Stock Footage For A TV Commercial?

Pre-filmed video assets purchased for use on TV adverts.

Check out our Stock Footage Only Advert for Kenwood Travel

The footage can be purchased for different prices depending on the intended usage and the licence you buy. Stock footage can be licensed for any project, from private use – full blown promotional trailers.

There are several possible reasons why you may want to go down the stock footage route when making a TV commercial, but one probably stands above all the others: cost.

What Does Video Stock Footage Cost?

The average 30” commercial in the UK costs around £180,000 to produce (source: Televisual Magazine). [Suffice it to say that most of Space City’s ads cost a great deal less than that, for more read here]. When you break this production cost down, a majority of the budget goes towards the actual live action shoot – location, camera crew, make-up, catering, runners, etc.

Using Stock Footage In An Advert

Live action is of course is more expensive than stock footage or animation ads, because you are creating the exact footage you want, which is essential in some TV advert situations. For example if you want a specific celebrity, riding a horse holding your product you’ll need to film this. However if you’re after generic footage such as a woman exercising, a drone shot of a field or dog running, you can easily find this on stock sites.

How To Edit Stock Footage Into An Advert?

What To Consider When Making A Stock Footage Commercial?

The other main advantage of using stock footage in your TV advert is speed. Considering no live action shoot is required, the pre-production phase of making a TV commercial can be dramatically reduced.

How Long Does It Take To Make A Stock Footage TV Advert?

Considering there is little pre-production required, such as a casting, search for locations/studio or any need to put together a crew, whereas a full live action commercial production might take around 6-8 weeks, a stock footage ad can be turned round in 2-3 weeks – including Clearcast clearance and transmission of the finished commercial to the TV stations.

How much does it cost to make a stock footage TV advert?

Considering you want to make your TV advert look good, you’ll need to allow somewhat of a budget for music, grading (i.e. editing the ads colouring) Audio and editing.

It is possible to make a high quality stock footage commercial for under £10,000. This could be half or even a quarter of what it would cost to make the ad from scratch (depending on the complexity of the creative idea).

The great thing is that you can end up with a very classy looking commercial on a small budget, and the audience are none the wiser about the origin of the footage, saving you time and money without compromising on creativity.

Can I combine live action and stock footage in the same commercial?

This of course depends on the creative idea. There may be situations where you already have a video and just need a few extra shots of B roll, or perhaps you just need to film one aspect of an advert but the rest can be stock footage, or more commonly there may be one or two shots that would be disproportionately expensive to shoot (e.g. something that is obviously a foreign location, or jumping out of an aeroplane into shot). In these circumstances you can “cheat” by using some library shots to tell the story.

Updating An Advert With Stock Footage

You can also consider using stock footage to update or improve an existing commercial. Space City is frequently asked to refresh an existing creative without the need for a live action shoot and the associated production budget.

Some disadvantages to using stock footage would have to be:

Does the Library Footage Match the Rest of My Video?

Whether you’re creating an entirely new ad from just using stock footage, or if you’re combining live action video assets with library footage you’ll need to judge if the video edit flows and as a whole the final advert works visually.

For instance If you’re attempting to create a lo-fi tone for your project, you don’t want to use a stock video that was shot in 4k and looks aspirational; unless you’re willing to edit the clip further to make it match the aesthetic you’re going for.

Does the Stock Video Accurately Convey My Message?

For instance, If the majority of your video takes place in London City, you’ll want to avoid using stylised stock footage that was clearly filmed in Italy. Often stock footage is generic enough that it appears as though it was filmed anywhere, however sometimes an identifiable landmark can creep in, especially in city and aerial videos. Therefore be mindful of which shots you choose.

Is the Video the Correct Size and Quality I Need?

Some stock video sites, especially those that rely on public domain and free footage, do not have as many variants available. As a result, some of these sites stock footage might not be available in the right size, resolution and style you need for your project.

Top tip: invest a little in the stock you choose. cheap stock footage can often stick out like a sore thumb, especially when edited alongside specifically shot live action footage.

What Stock Footage Sites Are Out There?

Back in the day (and by that we mean until about 10 years ago) stock footage libraries took the form of dusty vaults with piles of film cans stacked on shelves. The process of locating suitable shots for TV adverts could be lengthy and the usage fees were very high.

Now everything can be done online. You can search for the types of shots you need and then make a rough edit using low quality versions of the shots. These are called previews or proxies and allow you to test edit the TV Advert shots in the edit suite before you purchase them.

At Space City, when we create a stock footage TV commercial we provide our clients with a range of video options from a variety of stock sites and prices. Once you select the footage you want to use, we pay for the licenses, promising that we charge at cost price. At this point high broadcast-quality shots are sent to the edit suite for the final post-production process. 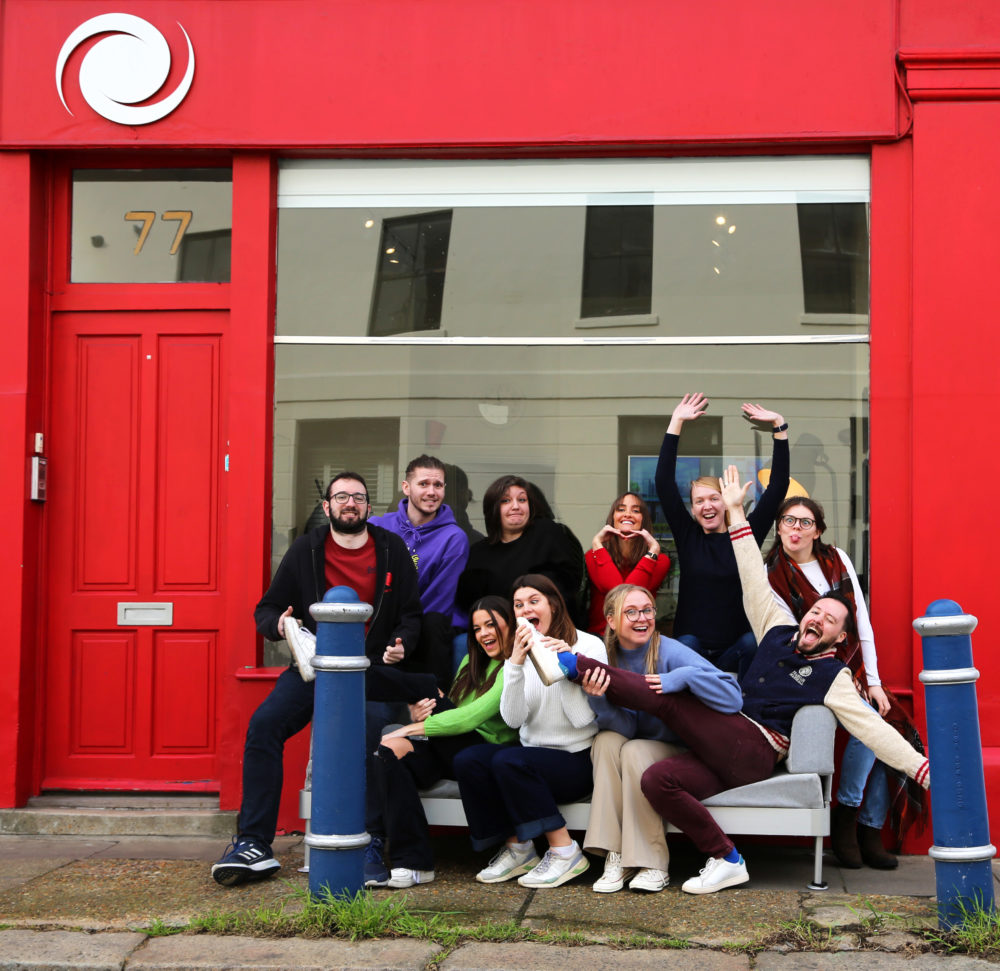